What Is the Kebab System?

The system can be easily mounted by screwing on the flat bed and inserting the dedicated connector, so it is capable of on-demand printing just when needed.

In addition to the function for printing on a flat surface of a three-dimensional object, the system offers 360-degree printing on a curved surface. 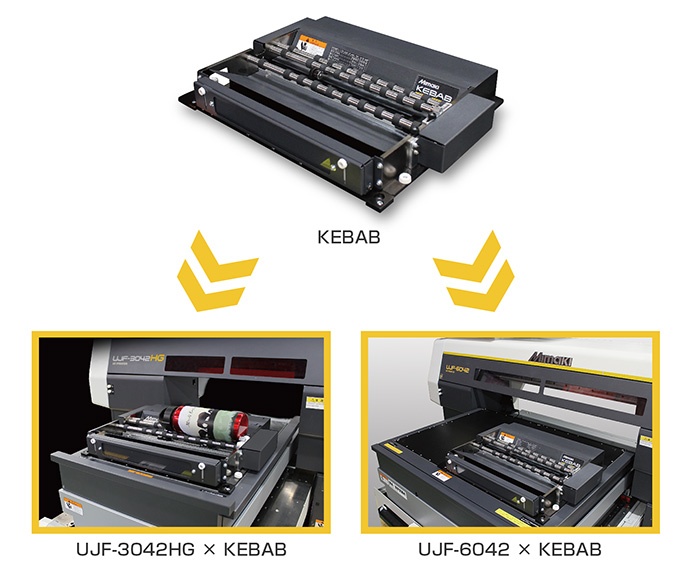 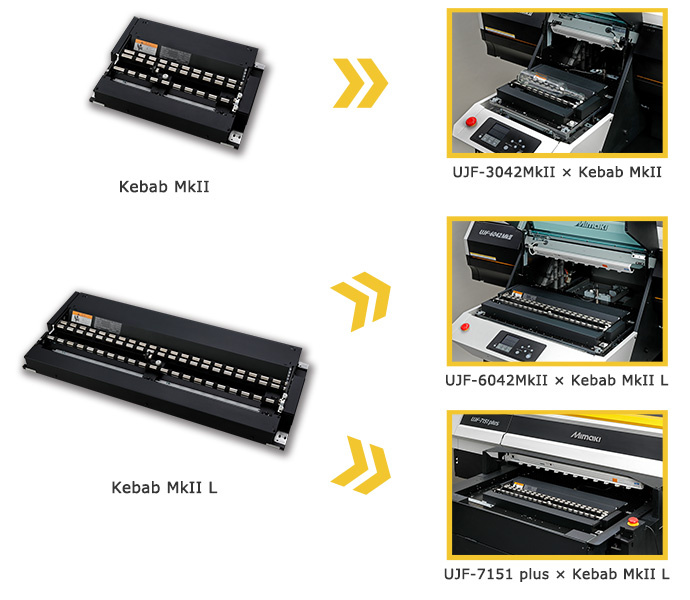 For 360-degree printing on the cylindrical surface, create data for a rectangle. The standard width in the feed direction is the diameter x 3.14 mm.

Convert the image file by RasterLink

On the jig, place the object to print on.
・Enter the diameter in the printer.
・After entry, set the work(object) on the rollers according to the instructions on the screen.
・You can also enter the origin. 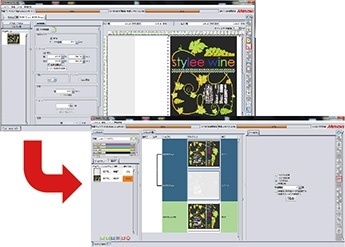 3. Printing on a curved surface 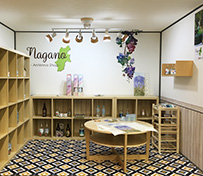 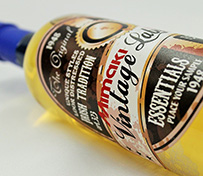 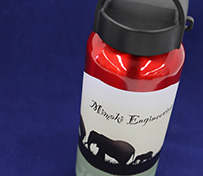 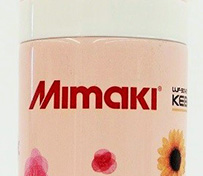 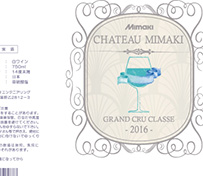 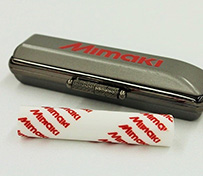