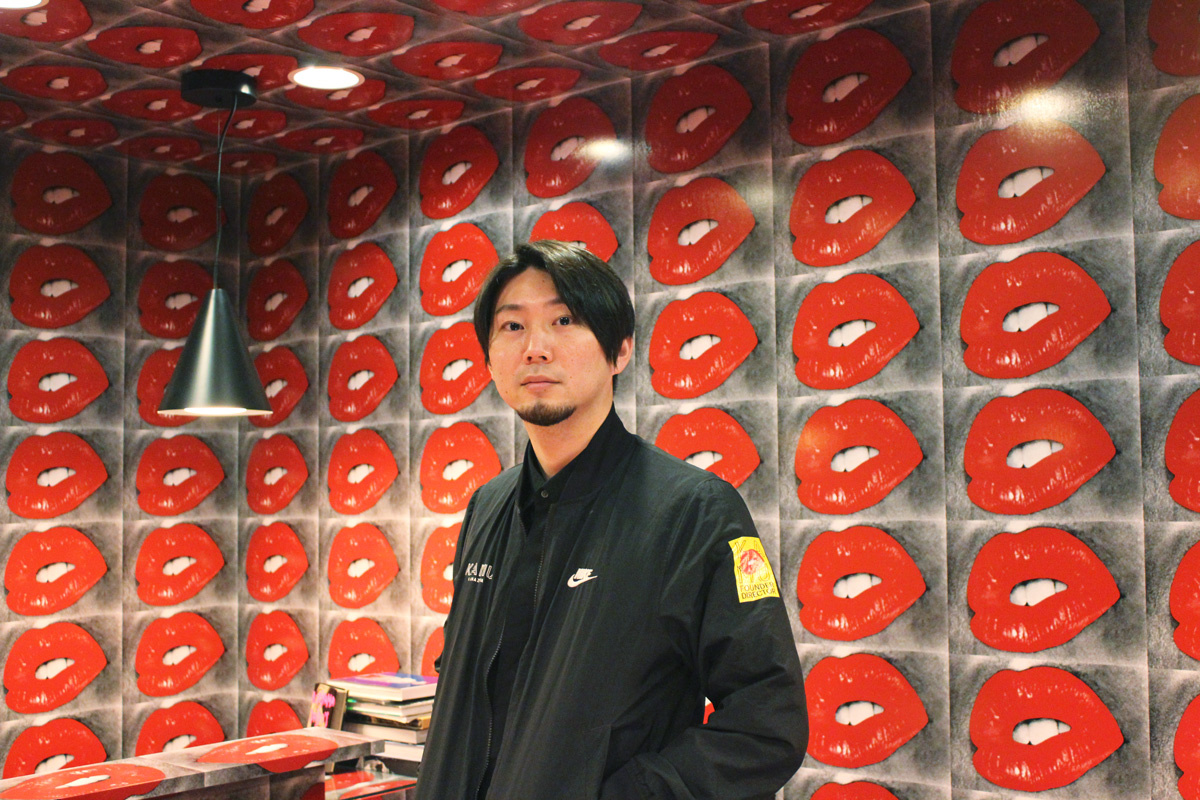 “I came to know about Mimaki because I was involved in operating web media called “fabcross ”, which introduces new manufacturing from perspectives such as digital fabrication. I had an opportunity to work with Mimaki on a project for the media, and since then I have been interested in the company, so I asked for their cooperation this time,” says Kentaro Hayashida, Director of KAMU kanazawa, an art museum. 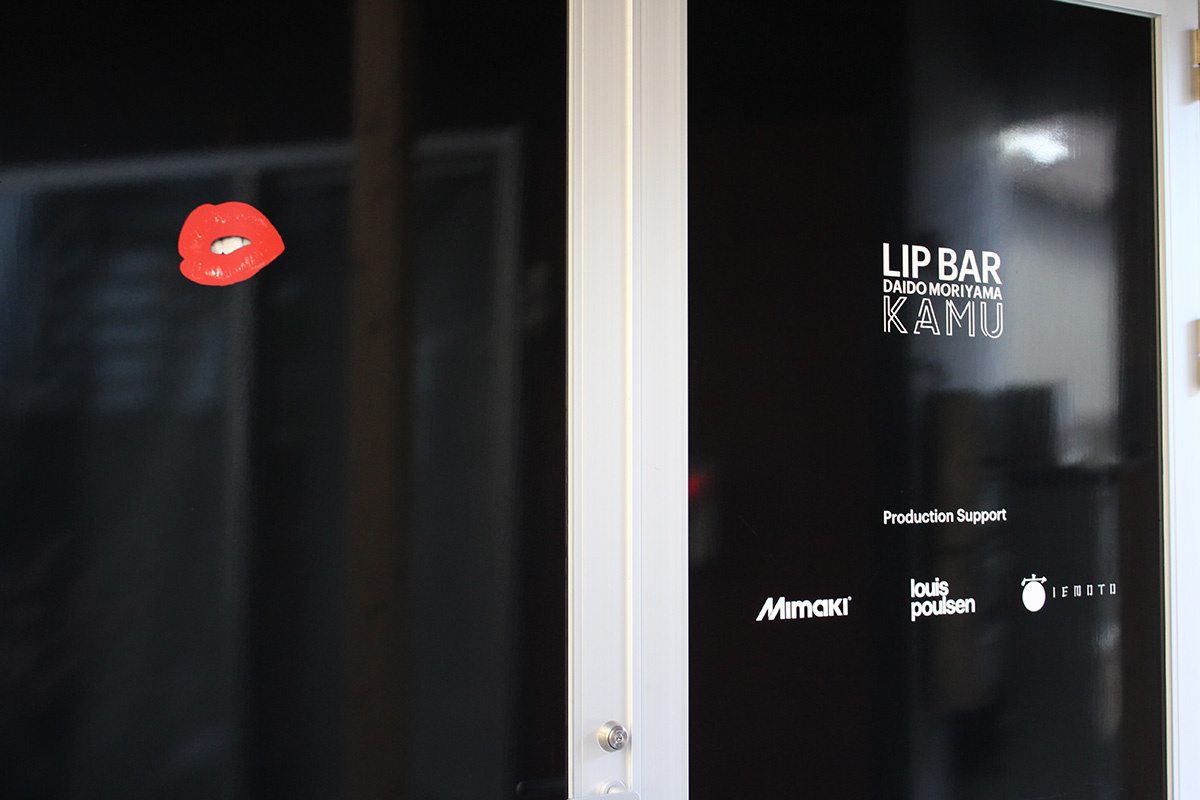 Mimaki Engineering assisted in the creation of master photographer Daido Moriyama's installation work called “Lip Bar”.
The “Lip Bar” installation work was released in an art festival held in the Shinjuku Golden Gai pub district in 2005. Inside a small bar, the walls, floor, and ceiling were covered with Moriyama's photograph of lips, one of his most famous images, to create an impactful space. You can experience the obscenity and desire of society that Moriyama captures through his work as a space. Mimaki’s “UJV100-160” roll to roll UV inkjet printer was used to help printing such art space.

“Mr. Moriyama says that photographic works lack the originality of the artist. The subject exists in the world, and the photographer takes a picture of it, so it is not 100% original. That's why it is more valuable for him if his motif is printed on various things and spreads throughout the world, rather than being displayed as an artwork, he says. In this installation space, his motif keeps repeating itself and spreading, which expresses his world view.” 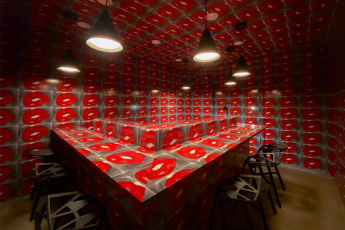 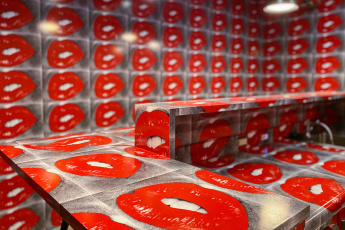 Impressed with color reproduction despite the difficulties of art piece printing

“Because what would be OK for commercial printing would be no good for art even if only slightly different, so it was tough in that regard, to be honest. However, people at Mimaki printed color samples over and over again, and they were able to get close to the color that I was satisfied with. I frequently put them to trouble, but I am very grateful for all the hard work they have done with me to bring the project to completion.” 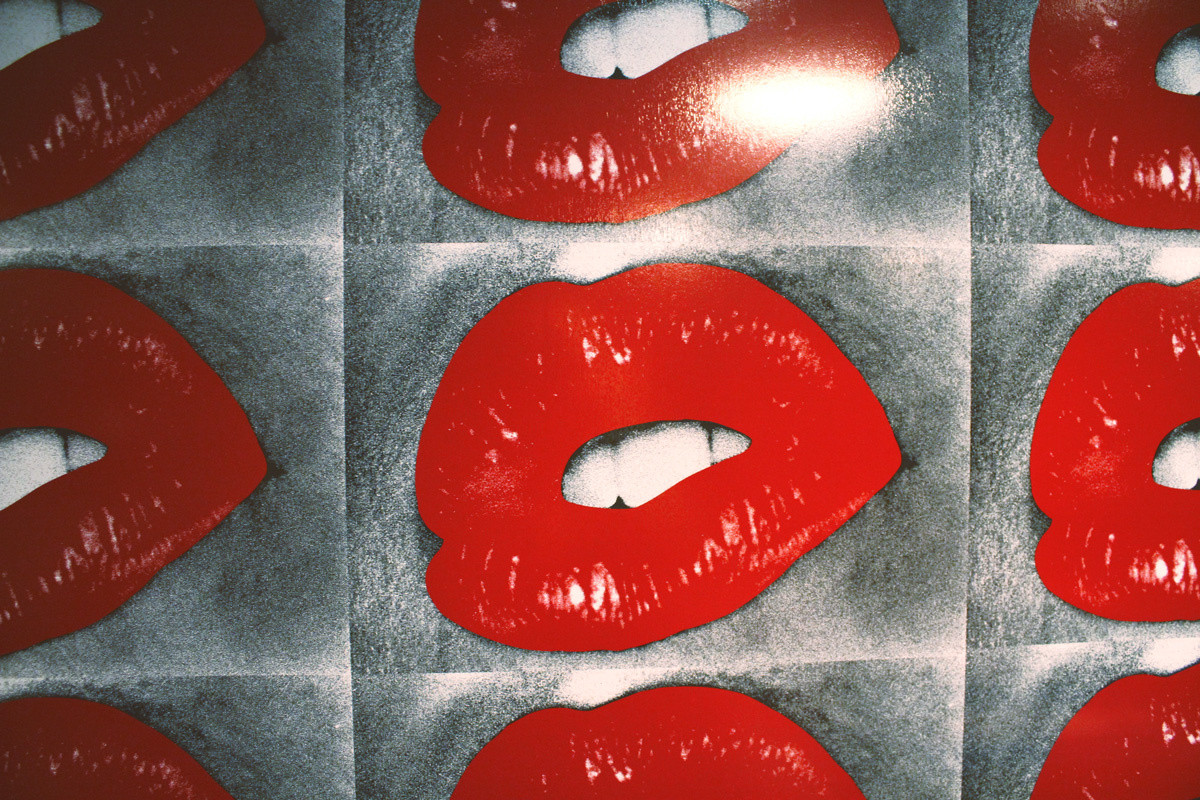 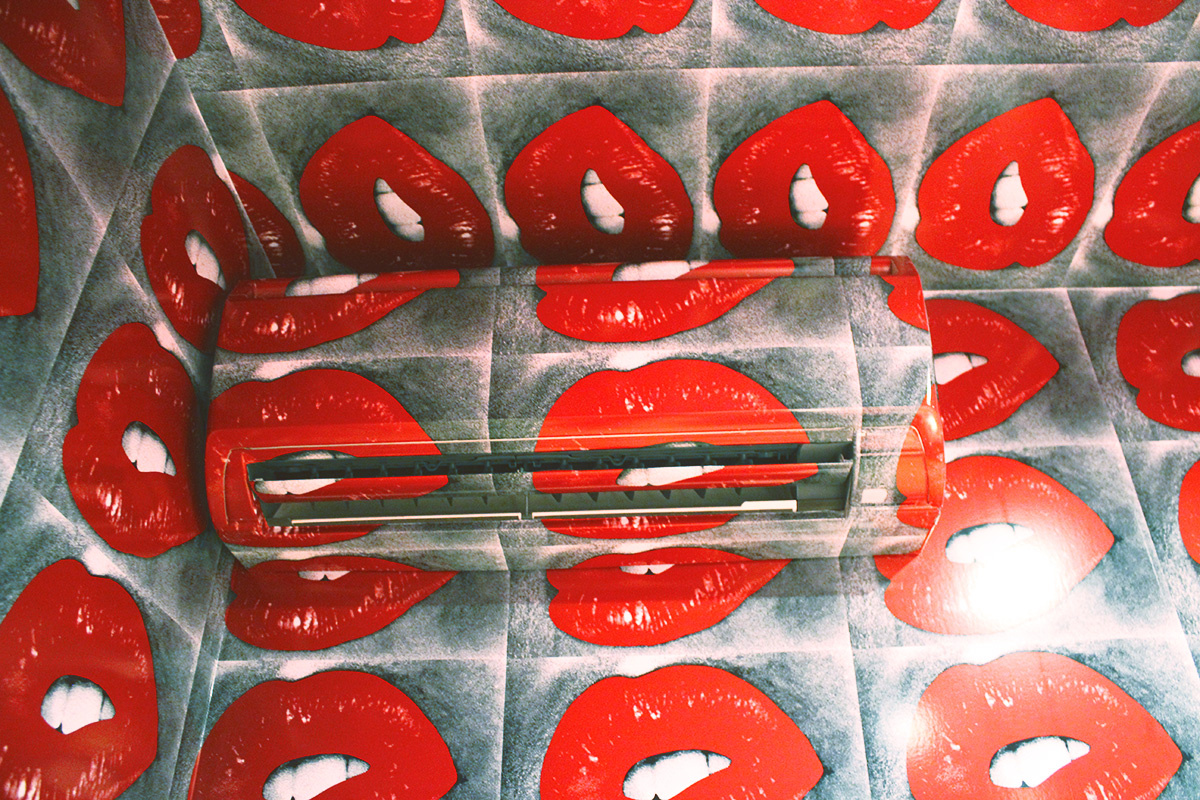 Wrapping every detail of the bar, including the air conditioner

Art is full of possibilities.
The “future general” is in art.

“Let me give you an example; if you were in a space like this, I think you would go crazy (laugh). So, ordinary people don't think of creating such a space. But now that we have created this space, you can all explore whether this can become commonplace, and where the most versatile expressions are. But unless we do this, you won't be able to see new possibilities. So, I try something, even just one thing. If I do this, it will gradually spread and become general in the future. That's why I believe that taking on various challenges in art will be very beneficial for the future.
Daido Moriyama's “Lip Bar” can only exist in three places in the world. And KAMU has one of them, in Kanazawa. Please come and experience this precious work.” 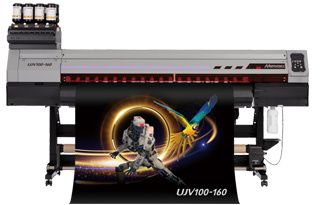