Okumura Design Corporation was founded in 2002 as a construction consulting firm focused on public infrastructure design and planning. Since 2005, Okumura Design has been working with 3D CAD, and has continued to introduce technologies such as 3D laser scanners, drones, and built a business base which also utilizes 3D data. In July 2018, they were introduced to Mimaki Engineering's 3D printer 3DUJ-553. Since then, they have been using 3D data consistently from 3D surveying to design, construction planning and BIM / CIM, for model creation. 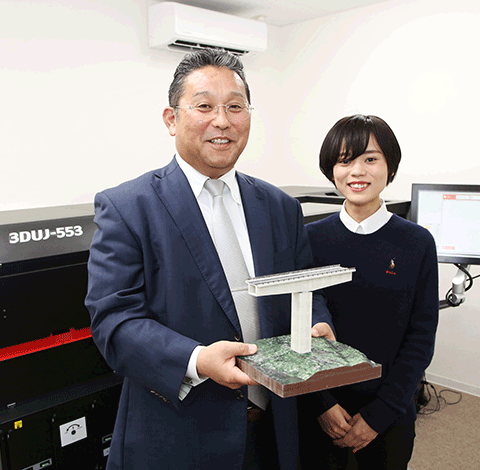 3D Printers as a Tool to Enhance 3D Visualization

Okumura Design's strength lies in its ability to perform the entire design process from surveying to structural designing and construction planning.
3D technologies have been one of the main parts of their business since its early stages. By using the latest 3D laser scanner combined with a drone or remote-control boat to measure 3D data of the existing condition, they are able to create highly accurate terrain models. 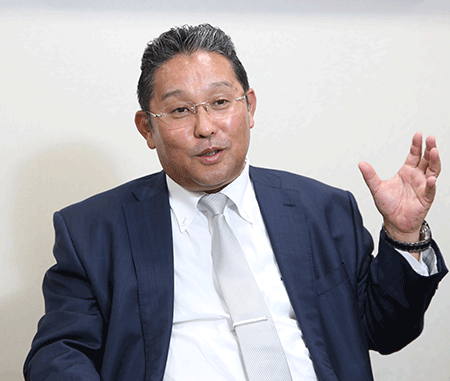 “I am convinced that 3D printers will make a great contribution to our company” Mr. Okumura said.

Why Use a Full Color 3D Printer?

Okumura Design has set strong company values since its inception in 2002, to serve the customer with sincerity and provide value beyond expectations. They provide a two-dimensional construction step diagram so the clients can easily understand the construction procedure. Its comprehensibility has gained a reputation, and they are now focusing on the demand for 3D models.

“If you create a design or construction plan with a 3D model on a computer, you can share it visually, and explain it by rotating the 3D model on the monitor” said Shinji Okumura, President and Representative Director of Okumura Design.

The next stage in adding high value to the customer was a 3D printer.

“Even though the model was created with 3D CAD, there was a feeling that it did not match the actual solid structure. Because we have very accurate three-dimensional data, we thought that we could use a 3D printer to create more precise models.”
Thorough research was started into each 3D printer manufacturer, which led to the introduction of a full-color 3D printer. 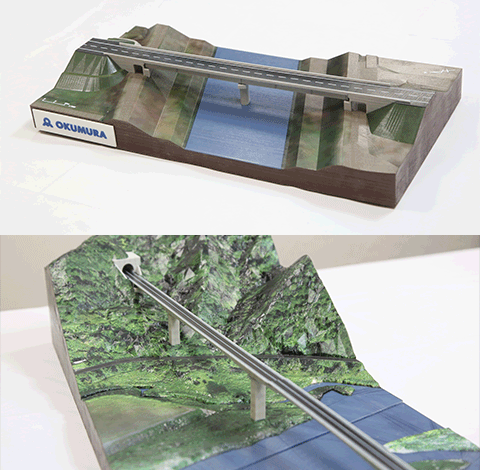 “The first printer we looked at was gypsum powder based. We tried it out by making a sample, but the object easily broke and detached from the modeling area. The material was so fragile that it was almost impossible to handle. Furthermore, the color of the material itself was dull, which did not meet our expectations” said Mr. Okumura. While trying out other printers, they came across Mimaki Engineering's 3DUJ-553.

“We knew Mimaki could handle maintenance support if we had trouble, something that other makers could not promise. Mimaki's sales representatives were also very honest, not only explaining the positives of the printer, but also its drawbacks. For us, it was easy to plan the installation since we decided to buy it while building our new facilities.” 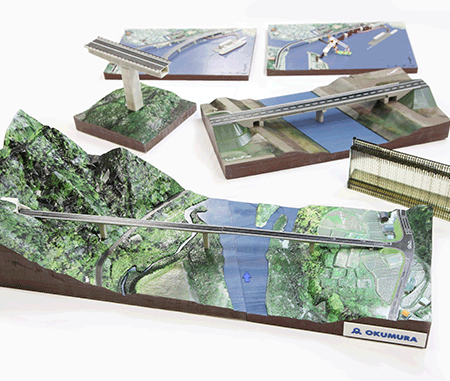 Leveraging Our Strengths On New Technology

Okumura Design uses technologies such as 3D laser scanners, drones, and remote-control boats to measure 3D point cloud data of terrain and structures from land, water and air, to create highly accurate 3D data. But even with seemingly flawless data, it is not possible to output as is with a 3D printer. Converting the data using 3D printer software is necessary, but errors from the data conversion must be corrected, and colors must be adjusted to match the actual image. This work alone can take more than a week for each project. 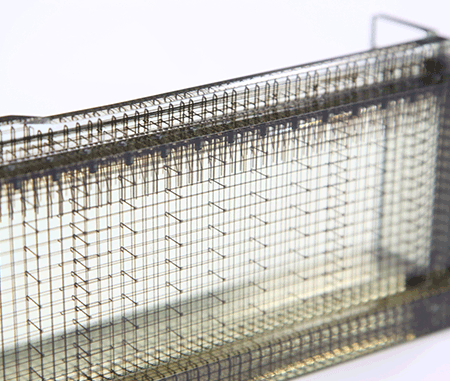 Clear ink is used to visualize reinforcement bars inside structures

If it is impossible to correct the data using software, Okumura Design re-creates the original 3D data in a CAD program. Complex shapes are difficult to reproduce, and computer processing takes time, so using simple shapes and methods is important. This is a unique strength of Okumura Design, with their years of experience.

“One license for data correction software is very expensive, but with only one license, there will be too much pressure on one person and expertise will remain with a certain individual. So, we decided to buy two licenses to accumulate skill throughout the company” said Mr. Okumura.

“When introducing IT, it is easier to share knowledge by introducing multiple units at the same time. This is the IT policy of Okumura Design, which has been cultivated for many years”. 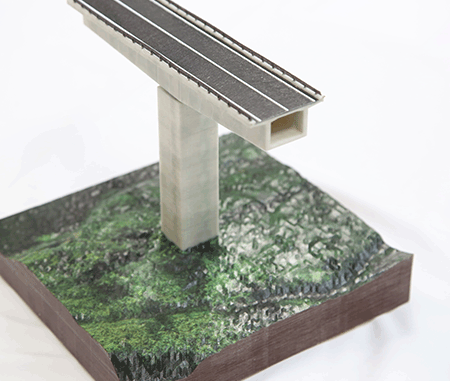 “Bridge railings and the narrow passage for inspection inside the superstructure are reproduced with no problems”, said Mr. Okumura, while showing the model they just created.

“The colors from the correction software are still slightly different with the colors of the printed output, so manual adjustment is necessary. Also, the processing capacity of the 3D printer could not keep up with the large size of 3D data, so modifying the data is needed by simplifying the model and reducing its size. But still, the best way is to use high quality data as it is, so we are looking forward to future developments.” 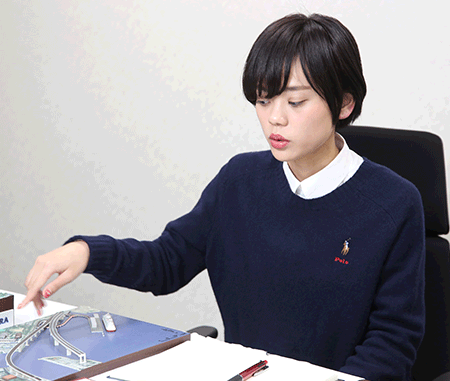 Eliminating color difference between the data and the print

When Mr. Okumura handed the road model prototype to his customers, they were very fond of it and asked for a cost estimate. They believe that business demands are high for 3D printers because it is cheaper than outsourced handmade models and can also be reproduced many times. “It will absolutely be one of the weapons of Okumura Design in the future.”

“We are making models as part of our service now, and we want to use it as a catalyst to get greater job opportunities. We have done what we thought was good, work has gradually increased, and we are convinced that this 3D printer will eventually make a significant contribution to the company” said Mr. Okumura. 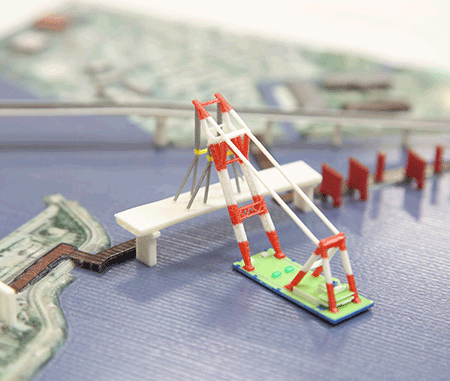